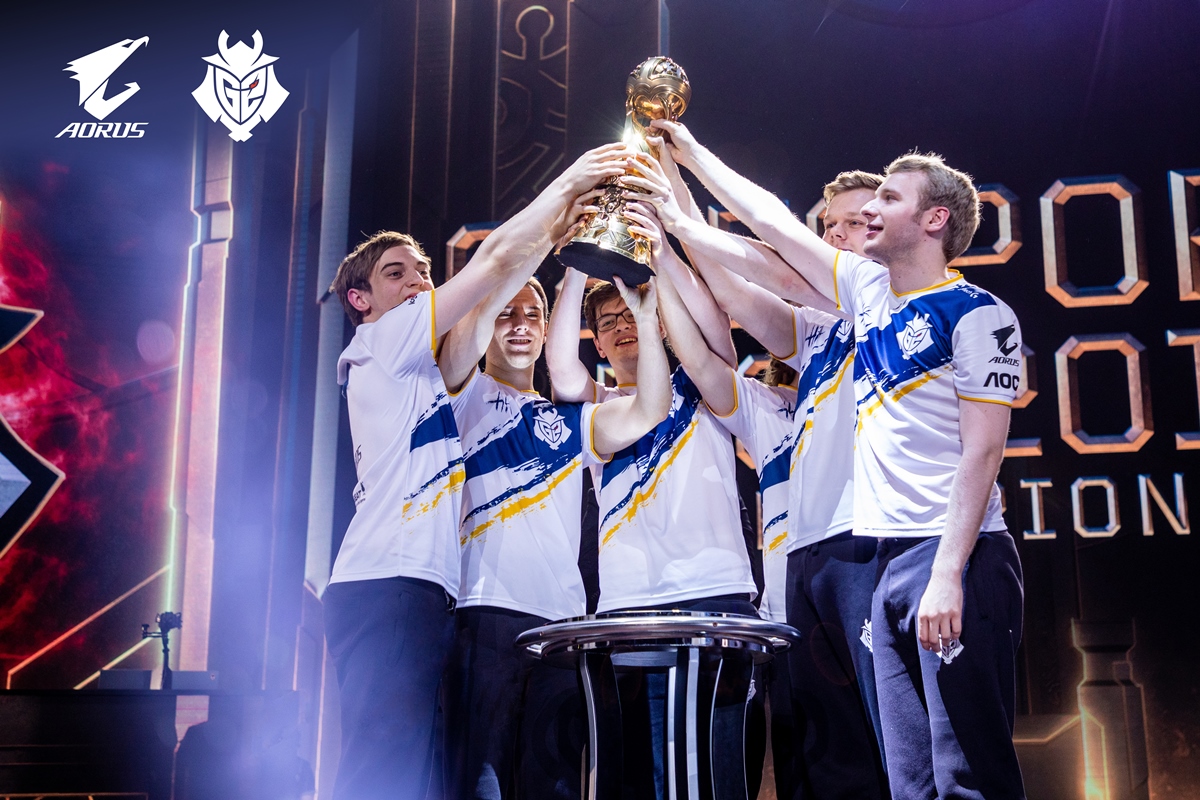 GIGABYTE AORUS sponsored G2 Esports was crowned World Champion of the League of Legends 2019 Mid-season Invitational on May 19 with a convincing victory in the final. With 13 elite teams competing on the world stage, this year’s Mid-season Invitational knockout stage took place in Taipei, Taiwan. G2 Esports fought their way through tough battles by first eliminating Korean rival SKT with an amazing come-from-behind win and sweeping the opponent in the final to take home their first ever Mid-Season championship trophy in team history.

As their strategic partner since 2018, GIGABYTE AORUS has joined forces with G2 Esports and together established one of the world's most advanced esports training facilities in Berlin, Germany. Equipped with AORUS gaming PCs and laptops, G2’s Esports High Performance Centre sets a new standard for the most modern esports and training facility, allowing players to practice and train using the most reliable, the most efficient gaming platform as they embark upon their journey to ultimate success.

”Team AORUS has been looking to partner with esport teams that are as passionate about gaming as us, and G2 Esports is undoubtedly a group with such passion and talent”, said Eddie Lin, Vice President of GIGABYTE AORUS. “We are excited to witness the history made in Taipei by G2 Esports. At the same time, we are extremely proud to play an important role in helping to cultivate talented players in the field of esports as well. We cannot wait to see more stellar performances from them in the upcoming Rift Rivals and the World Championship Series later this year. Let’s work together and keep on fighting! Team up. Fight on!"